What is Economic Abuse?

According to Gov UK, economic abuse involves behaviours that interfere with an individual’s ability to acquire, use and maintain economic resources such as money, transportation and utilities. It can be controlling or coercive. It can make the individual economically dependent on the abuser, thereby limiting their ability to escape and access safety. 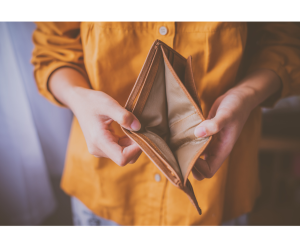 In July, new guidance was released in the Domestic Abuse Act. The new statutory guidance now states that domestic abuse takes many forms, and it is not just physical violence. For the first time, economic abuse and controlling or coercive behaviour are now recognised as forms of domestic abuse. This new definition is hoped to help victims seek support and to help professionals recognise and support those experiencing domestic abuse.

There has also been an amendment made to the coercive and controlling behaviours offence. Previously, the perpetrator and victim needed to be personally connected or living together. Now, the legislation has removed the co-habitation requirement as it has been recognised that abuse can continue post-separation. Economic abuse is a form of control and can continue to take place after the victim has left.

How do the changes impact those experiencing economic abuse?

The changes to the Domestic Abuse Act have a huge impact on those experiencing economic abuse. First and foremost, economic abuse is now recognised within the law. This means that police and support agencies are more aware of this form of abuse and acknowledge it can happen after a separation.

This fund was set up for the frontline specialist services supporting victims of domestic abuse. It was hoped that the fund would help with crisis intervention, increase safety, and help support recovery. The launch of the fund came as a result in the rise of calls to helplines about domestic abuse during lockdowns. Now that economic abuse has been recognised in the Domestic Abuse Act, support from banks and charities is even more paramount.

Nicola Denham the Service Manager for Foundation Redcar spoke about their partnership with NatWest Circle Fund:

“There are three strands to the fund, safety management, crisis intervention and recovery and resilience. The personalised funds received from NatWest have supported victims with getting CCTV, emergency clothing and food, school uniforms for children and transport to court hearings.

In some situations, it has empowered victims to get white goods and begin to make a house a home again, something that most likely will have impacted them if they were victims of economic abuse.

Having the support from the Circle Fund helps victims to overcome some of the barriers they may be facing and to help them begin to move on, making their lives a little easier and more manageable.”

Foundation Community Domestic Abuse Support Service
This service supports men and women over the age of sixteen who are or have experienced domestic abuse. They offer early intervention and prevention support. With a focus on longer term recovery, this service aims to raise awareness, educate, and empower those who have experienced domestic abuse through emotional and practical support.

Kaleidoscope Project
This is an emotionally supportive environment for children and young people aged five to eighteen years who have experienced domestic abuse. They offer one-one support that is children led.

The Foundation Redcar team raising awareness in the local area: 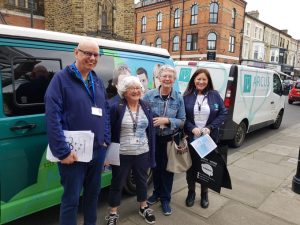 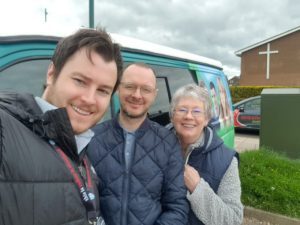