Why we do what we do… 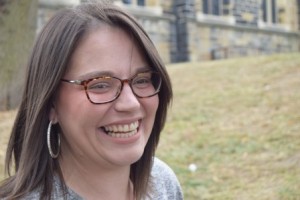 Rebecca came from an incredibly unstable home. Both her parents were heroin addicts and at the age of 13, Rebecca found her Dad dead from an overdose and later, her Mum had hanged herself, unable to cope with her own addiction and mental health issues.

Rebecca was sexually abused, and became pregnant by her abuser at the age of 14. She subsequently and very sadly lost her child, who was still born. Life spiralled further out of control when aged only 14, she too started taking heroin. Following on from her addiction, she was the victim of domestic violence and her then partner, pushed her onto the streets of Huddersfield to be a sex worker. In 2013, her two children were taken away from her and she also spent time in prison. When she got out of prison, Rebecca was methadone free but she soon relapsed back to the world of homelessness.

The turning point? She didn’t want her children to be orphans or be abandoned just as she had been; she wanted to protect them from her chaotic life and give them stability and hope for a better future. She realised that if she didn’t look after herself, love herself, who else was going to value her?

Rebecca then got involved with lots of support agencies (11 key workers in 18 months), but it was Foundation in Kirklees who helped her really turn the corner.

‘Sarah, my amazing support worker, gave me the confidence, the belief in myself that I did have something to offer. It wasn’t about the labels of drug addiction or sex working because you get used to what you are, but it was about what I could be and recognising my worth more. And I am worth more. I know that now.’

Rebecca is now in her own house, with a great and supportive partner and knows that she does have something to offer, that she does have a future. With support, she will shortly be starting a mechanical engineering course. Her smile will surely now only get bigger!