James: Moving on Through Creative Expression

At Foundation we strongly believe in focussing on people’s strengths. We also hold true to our core offering of housing support, understanding that having a safe place to live is vital to moving forward. This case study from our Kirklees Team, shows how James* triumphed by having a safe place to live and a mode through which he can express his experiences of homelessness creatively. Examples of James’ work are shared throughout this case study, written by his Support Worker:

*Names have been changed

“James grew up in Calderdale with his parents and two younger siblings. At a young age he was diagnosed as having Asperger’s. However, his parents then treated him completely different to his siblings – he was locked in his bedroom if slightly naughty, not allowed to eat meals with the family and often having meals taken off him if ‘acting awkward’, he was smacked for trivial things and had toys and games taken from him for reasons he could not understand. He knew that he was being treated differently to his siblings but could not understand why. 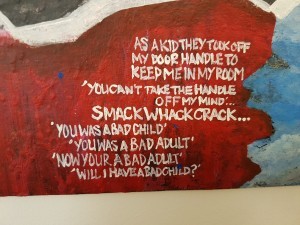 James grew up suffering these conditions and then at the age of 15 in 2006, he left home as he knew he wasn’t loved. He spent a while struggling on the streets, but also met other young people coping as he was. He learnt to become streetwise and began to express himself doing graffiti with other likeminded homeless people. 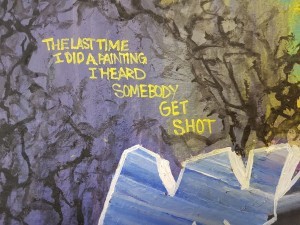 He was lucky enough to be picked up by support workers and placed in supported lodgings (renting a room in a family home who supported him whilst there). His life then began to improve and his love of art grew and he was then successful in attending the Leeds College of Art in 2009. However, his love of graffiti art did not stop either and he carried this on with his graffiti pals broadening their horizons to graffiti on trains at Leeds Station (spraying graffiti art on the trains at 4 am, then returning to watch all the commuters’ expressions on how the once drab trains  were now elaborate arty looking trains). James and his friends were performing artists as far as they were concerned and this obsession stopped them from realising that they were actually breaking the law. 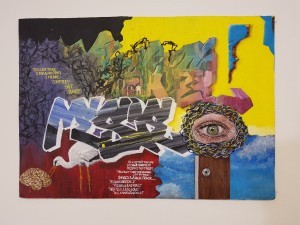 Then, in 2012, James and his friends were caught, arrested and convicted of criminal damage and given an 18 month suspended sentence.  This set James back a lot as he felt that he and his friends had been treated unfairly by the police and he then found himself homeless again.

I started working with James early in 2013 and we moved him into one of our properties soon after. Due to his offence being classed as Anti-Social Behaviour, part of his order was to not carry paint or pens in a public place. From then on he transferred his graffiti skills to t-shirt printing and carried on this artwork as a hobby ensuring that he no longer broke the law. He then progressed to oils on canvass, homelessness being his main theme. James still struggled with various issues in his life, but managed to cope with this by expressing himself in artwork form. 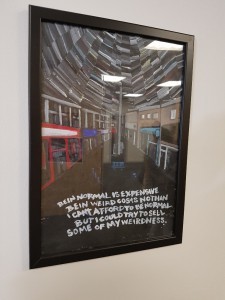 In 2013 he joined a group of artists and they formed Global Diversity Positive Action and he met his current partner, Debbie, who is also an artist. GDPA was formed as a dynamic positive mechanism to empower young people to break the cycle of reoffending, offering a bespoke targeted course that combines mental and practical solutions, expressing themselves in the form of music and art. 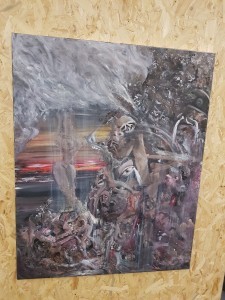 In September 2015, James and Debbie had a baby girl. Dave has not reoffended since 2012 and is a very committed Father and partner and has been looking to move on to a family home for themselves. We have found them a family home and they are hoping to move in this summer. 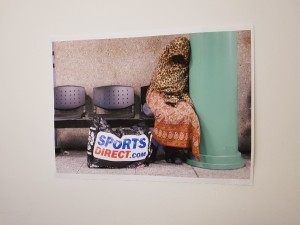 Debbie (who also suffers mental health issues) started university in 2016 and is completing a degree in Art. James, who is a stay at home dad, has also carried on with his artwork and together they have built up a collection of canvass art, t-shirt art, sculpture art. The pair currently have an exhibition at the Global Diversity Café in Huddersfield focused around homelessness.” 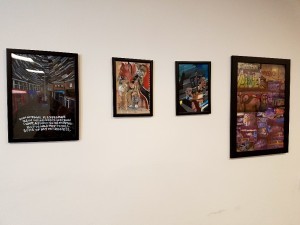